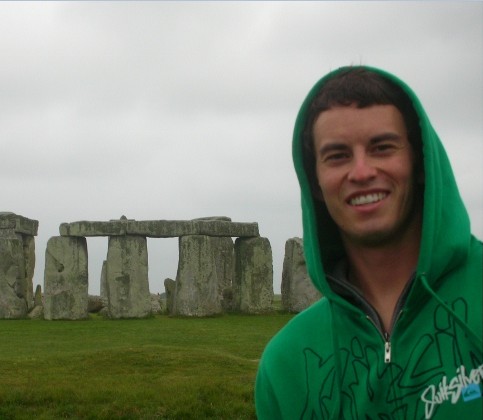 Michael Flatt is the co-founder of StudentsGoneGlobal.com, the new social blogging community for student travelers. He studied abroad in London in 2009 at London Metropolitan University.

The old stereotype about Americans is we are generally oblivious to what goes on in the rest of the world.  When you live in a nation as vast and isolated as the United States, it can be very difficult for citizens to conceptualize the cultural, social, and philosophical differences of countries abroad.  However, studying abroad affords one the opportunity to live in a foreign city for an extended period of time and break out of his or her protective home shell. I was fortunate enough to be able to study abroad in London, England during the spring semester of 2009.

As an American study abroad student in London, I found myself in a unique situation because of the extensive historical past shared between the American and British people. The United Kingdom is the homeland for many Americans, which lends to a natural bond between the two countries that even Winston Churchill noted in his famous “Sinews of Peace” speech. I can now look back on my study abroad experience and wholeheartedly agree with Churchill’s sentiment.  Throughout my time in London, I enjoyed immersing myself in the royalty and tradition that defines British culture while interacting with other students who were just as interested in learning about American society.

Although studying abroad does not impact each student equally, you can bet it will improve your ability to communicate with people of other cultures as well as change your perception of the rest of the world.  My semester abroad taught me two very important life lessons, in particular.  One, as a study abroad student you have a tremendous amount of responsibility to represent your home country in a positive manner.  For example, most of the friends I made in London had previously never interacted with an American on a regular basis.  With this in mind, I was always conscientious of how I was acting around others because I knew my actions would influence their view of Americans.  For those of you who have not yet gone abroad, you will learn this is no easy task!  Second, I learned that when you converse with someone from a different country on a regular basis, you begin to break away from your own pre-conceived beliefs and realize that most people have the same basic needs – they just meet them in very different ways.

After my semester abroad concluded, I was compelled to share my experience with other students who were going abroad in the future.  As a result, I created AbroadinLondon.net as a resource to alleviate some of the initial anxiety future London study abroad students may face and as a way for me to document my unforgettable memories from abroad.

Although the Abroad in London website proved successful in its intention, I remained unsatisfied with the current state of the student travel industry.  One often overlooked item is that living in a foreign country for an extended period of time is an intimidating experience!  Before I went abroad, I had very little information at my disposal about the idiosyncrasies of student and university life in London.  The research on the internet was overwhelming and filled with propaganda by various programs.  On top of that, I didn’t know any other students studying in London.  This made my actual study abroad semester much more difficult than it needed to be.

Because of this massive information problem, I recently co-founded StudentsGoneGlobal.com, a new online community for study abroad and youth travelers.  Students Gone Global makes it easy for students to find useful first-hand travel information from their peers abroad, as well as interact with people who study in the same destination, or in places they are interested in traveling to in the future. 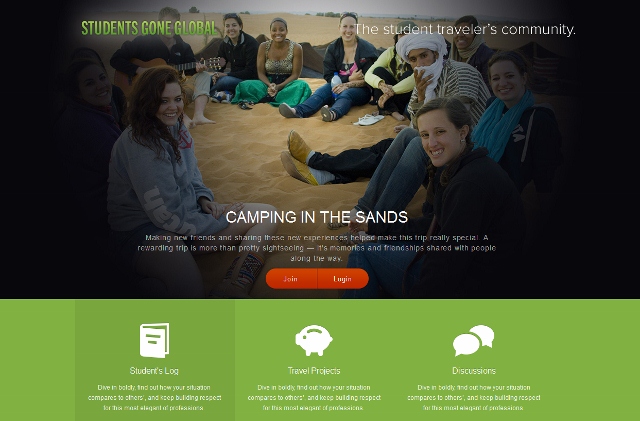 Students Gone Global is 100% free to use for all student and youth travelers, so help us inspire students to travel the world by joining our community before your next trip abroad.

My initial interest in studying abroad came from my first international experience in the summer of 2006 after high school graduation.  My Dad, whose job consists of traveling overseas on nearly a monthly basis, treated me to a two week vacation to England, France, and Belgium.  For two weeks, I was able to see the Westminster Abbey and the Parliament in London, tour the Normandy region of France, visit the Louvre and Eiffel Tower in Paris, and even eat a Belgium waffle in Brussels.  I will never forget those two weeks of traveling and I encourage you all to find a way to go abroad and have similar life-changing experiences!

Feel free to connect with Michael on Twitter or via email at mflatt@studentsgoneglobal.com.