Why Corporate Boards Should Be Looking for a Few Good Women 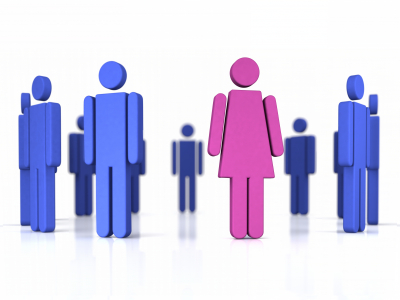 Co-authored with Anna Catalano, this piece originally appeared in the Huffington Post.

More women on corporate boards? The question is not why but, why not.  As organizations adapt and prepare for success in the global marketplace, they need the best and the brightest at the helm to overcome obstacles, create opportunities and contribute to the development of a sustainable future for the planet. Women in the boardroom provide a competitive advantage for businesses’ bottom lines by providing input from diverse backgrounds.

Yet despite the public commitments made by many U.S. companies for greater diversity and female representation, there has been very limited progress made in moving women to the top ranks in recent years. As a result, the lack of available senior women has a direct impact on the available pool of women for boards of directors for US companies.

According to a new report, Fulfilling the Promise: How More Women on Corporate Boards Would Make America and American Companies More Competitive, produced by the business-led Committee for Economic Development (CED), U.S.-based companies are failing to meet the career needs of half their available highly skilled labor. By not providing the opportunity for more women to succeed at all levels of the company, including the board, companies are falling behind international competitors that are taking aggressive action to increase the number of women on their boards. In fact, over the past decade, the percentage of women on boards of US companies has remained stagnant at 12.1-12.3 percent, and for Fortune 500 companies it remains at only 15-16%. At this rate of no growth, the number of women directors will never represent the percentage of women in the workforce.

Unfortunately, stagnation seems to be readily accepted in some industries. Some, such as petroleum, heavy-capital goods or technology, believe their industries are just not naturally attractive to females. Others blame the lack of women in the pipeline with senior management experience. Regardless of the excuse, it is obvious that without a significant intervention, the status quo is destined to remain unchanged

Some countries, such as Norway and France are mandating a percentage of board positions to be held by females by a specified date.  However, doing this could be tricky as it may lead to a feeling that the bar is being lowered just to bring more women on boards. The solution lies in “enlightened leadership” at the Board Chair and Nominating Committee – people who recognize that without women at the table, the business will suffer.

What does it take to convince leaders that having female representation on boards will enhance their bottoms lines? Here are a few good reasons:

Women make up the vast majority of global consumers. The power of women as global producers and consumers has been compared to that of China and India because, over the next decade, the impact of women the world over will be at least as significant as that of those two growing global powerhouses. Women make more than 80% of consumer purchase decisions, and control 65% of global spending today. Yet surveys consistently find that women feel underserved and patronized by many of the companies trying to sell to them. Companies must understand and meet the needs of these 1 billion women around the world because researchers estimate that by 2014 women worldwide will control $28 trillion in consumer spending, up from $20 trillion in 2009.

Women lead with a different style. Many studies have outlined the qualities associated with feminine leadership, some of which are flexibility, collaboration and good communication and relationship-building skills. According to a recent survey published in the Harvard Business Review, women are considered better leaders by employees, peers and supervisors on 15 out of 16 traits – and sometimes by 10 percentage points higher. Boardrooms that are under pressure to address difficult topics such as compensation, governance and complex strategic planning require diverse yet collaborative thinkers.

Women’s issues are global issues. Lack of education, maternal health and childcare, violence against women and girls, and health, wellness and nutrition are just a few of the global issues that are women’s issues. Women are committed to advancing the rights of women and girls around the world. In a recent study by the nonprofit research firm Catalyst, organizations with three or more women sitting as members of their board of directors donated an average of 28 times more than corporations with no female board members.

Women are more risk averse. A study conducted by the Credit Suisse Research Institute suggested that mixing genders has the potential to help boards rethink or even reduce risky investment moves and increase return on equity. The study established that companies with women on their boards performed better in challenging markets than those with all-male boards. Companies with women on boards outperformed when the global financial crisis began in 2008.

Women raise the issue of diversity by simply being in the room. When a company has a woman on the Board, she is more likely to ask the question, “Where are the women in this company?” Female board members will more likely put the topic of diversity on the board agenda relative to succession planning and leadership development.

Corporate boards must broaden their understanding of who makes a good board candidate. The objective of any nominating committee should be to have candidates with a wide range of experiences and perspectives sitting around the board table. Entrepreneurs, small business owners, those with international experience, as well as management and line experience all add tremendous value and go beyond gender and race. Diverse thinking is required to take companies forward today.

It’s going to take a lot of work to push for more women on boards. Thankfully the advocates are growing. The not-for-profit group “2020 20% Women on Boards by 2020” created a national campaign in 2010 advocating to increase the number of women on boards to 20%. The group pressured Facebook to name a woman to its board using social media prior to the IPO and celebrated when it did. The group serves as a watchdog of sorts as it recently launched its 2020 Gender Diversity Directory, which quantifies companies by the percentage of women on their boards and rates them.

Business schools recognize the need to step in and assume a leadership role at this critical time. The George Washington University School of Business has partnered with International Women’s Forum, announcing the creation of OnBoard, an innovative, one-year long program to advance women’s leadership on corporate boards. The fellowship program aspires to expand women’s participation on corporate boards globally while also creating a positive change in the lives of women leaders. Program participants receive advance training in board-level leadership knowledge coupled with strong mentoring and coaching.

More women need to be elected to corporate boards. Successful companies embrace board diversity by drawing on a wide range of viewpoints and backgrounds and are much better positioned for future success. Understanding the different ways in which women lead, think and participate is key to convincing US boards that things should be different.  By doing so, they will realize the pool of qualified candidates is actually not as small as they think…..and that the conversation can be enriched quickly by including some different voices at the table.

A few words on my fabulous co-author:

With more than 25 of corporate experience, Anna C. Catalano manages a diverse board portfolio, serving as an independent director on the boards of Mead Johnson Nutrition, Willis Group Holdings, Kraton Performance Polymers, and Chemtura Corporation.  In the not-for-profit sector, she is deeply passionate on the topic of senior care and aging, and is a board member of the Houston/SE Texas Chapter of the Alzheimer’s Association.  She is a renowned expert on the topics of marketing and strategic branding, international business development, and is an outspoken champion of women in business.  Having held executive positions in Asia, Europe and North America, she holds a broad perspective on the challenges of operating in a global environment.

← Global Mindset Survey Launched – Take it Now!
Tone Down the Rhetoric: Time for a Business Pivot in Washington →