Study Abroad Could Be So Much Better 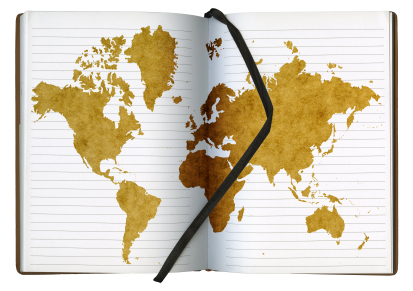 This opinion piece on study abroad was originally published in the Chronicle of Higher Education.

The number of American students studying abroad is on the rise, and that is a very good thing. But more than just increasing the numbers, colleges would be well advised to take a hard look at their study-abroad programs to ensure that they are providing students with a quality international-study experience at an affordable price. Too many programs are unnecessarily expensive, and many of them don’t help students acquire the cross-cultural skills necessary for long-term career success across a broad spectrum of fields.

Today’s students increasingly recognize that study abroad is one of the best ways they can acquire the valuable international experience necessary to work in the 21st-century global marketplace. What they don’t realize is that all study-abroad programs do not help them equally in this respect. In an effort to satisfy the growing demand for international experience, colleges naturally highlight their commitment to global education. But how global are they?

Certainly, any time spent studying abroad is valuable and can help a student become more globally competent, but programs vary widely in their ability to help students gain the depth of knowledge that should come with true global learning. Research conducted over the past 10 years and discussed in the 2012 book Student Learning Abroad: What Our Students Are Learning, What They’re Not, and What We Can Do About It, edited by Michael Vande Berg, R. Michael Paige, and Kris Hemming Lou, shows that far too many undergraduates who study abroad are not learning and developing in ways that were common as recently as a decade ago.

One of the shortfalls identified in the book is the lack of engagement — both before students go abroad and after their return — between professors (or study-abroad leaders) and students, with the intention of explaining and helping students interpret their experiences. This interactive process is just as crucial to students’ cross-cultural learning as the experience itself. Although colleges try to prepare students by providing orientations, suggesting websites to visit, and recommending country-specific information to review, this is not nearly enough to prepare students for the experience they are about to have.

Research I conducted in conjunction with the Institute of International Education for A Student’s Guide to Study Abroad indicated that only one-fourth (out of a total of 350 students on more than 250 campuses) of students were provided with any cross-cultural training before they left, while only a little more than one-third were offered the names of fellow students who had gone to the same host country. And only one-fifth of respondents to my survey said they had been offered books or travel guides with cultural information specific to the country or region to which they would be traveling. Mandatory re-entry or reintegration classes were reported as minimal, although many colleges encouraged students to join re-entry gatherings.

These statistics are troubling. When students go abroad, they land not only in another country but in another culture. It can’t be seen, but it can be felt: different values, behaviors, beliefs, and attitudes shared by a society and shaped by its environment. The culture is expressed in feelings, judgments, and mental constructs that are typically subtle in nature. If students don’t know to be aware of culture, they won’t be able to respond appropriately, perhaps even inhibiting their ability to communicate.

To that end, all study-abroad programs should mandate cross-cultural preparation, training, and reintegration programs — but far too many don’t.

In an effort to determine why not, I followed up with many study-abroad offices and administrators. Not surprisingly, cost is a big concern. The programs are already expensive, and to add training by cross-cultural experts before and after is deemed to be prohibitively so. Time is another factor; both the limited time students have before leaving and that of the overstretched departments advising students before they go abroad and helping them upon their return.

But perhaps most unsettling was that many study-abroad advisers and administrators didn’t think anything more than the general orientations and returnee welcomes already being provided were necessary. This directly contradicts what academic research has shown and what thousands of students have told me over the years.

The vast majority of students I have asked about cross-cultural preparation said they wished that they had been better prepared to deal with cultural differences when studying abroad. When I asked why, most said they felt confused by interactions with local people and didn’t understand what was happening in social situations. Many of the students I interviewed said they felt so uncomfortable that they increased the amount of time they spent with fellow Americans and on social media with friends and family back home — the opposite of what they should have been doing.

Most students reported even greater difficulties and lack of support upon returning home. They felt less comfortable with their new selves on their old campuses and had trouble reintegrating. They didn’t understand how to leverage their experiences abroad to help them in their remaining studies and in their lives after graduation, whether academically or professionally.

Many students reported feeling frustrated in their relationships with friends and family, often feeling isolated and alone. Although most students seemed to muddle through, chalking up the strenuous readjustment to part of the learning curve, it doesn’t — and, in fact, shouldn’t — have to be that way.

Students expect college to prepare them for the workplace that awaits them after graduation, and the study-abroad experience is an increasingly important component of that preparation. But to truly help their students become global citizens, colleges must integrate study abroad into a broader global-education curriculum instead of treating it as a one-off adventure.