Report from the Field: One Asia Momentum – Full-Speed Ahead 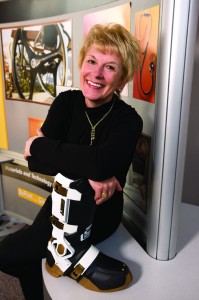 I recently returned from The World Knowledge Forum – a sort of Asian Davos with a heavy Korean flair – held in Seoul every year.  This Forum is no small meeting with 2,000 attendees and 200 international speakers with such high-fliers as former Prime Minister Tony Blair, innovative business leader Richard Branson, CEO Michel Norse of Ferragamo, Chris Hughes co-founder of Facebook, Nobel-prize-winning-economist Paul Krugman, and many other diplomats, academics, business people and authors.  The World Knowledge Forum is considered THE conference in the region and, over the course of three days, we debated and discussed topics such as Innovation, Rebirth of Finance, Low-Carbon Economy, Next IT and Media, and Smart Leadership.

Despite my living abroad and running a global P&L for the past 14 years, soaking up the Asian-led discussion broadened my world view and brought some sobering thoughts to mind.

This year’s theme was ONE ASIA Momentum, and as I listened to the conversations about Asian nations becoming a single economic force, I thought to myself what a revolutionary concept: the countries and cultures are so different and many have been enemies or threats to each other for so long.  It is hard to conceive of a unified Asia. I’m sure the Americans and Europeans in the audience, perhaps 5% of attendees, were starting to sweat even thinking about the economic powerhouse Asia could become if united. The inevitable power shift from West to East will occur even faster.

In fact, it’s already begun. There was a lot of talk about how the global financial crisis (GFC) accelerated this shift. It’s certainly true in my business. Before the GFC, Asia was my smallest region; now it’s my largest at 36% because it kept growing while the U.S. and Europe shrank.  I’m not sure if and when another shift will occur because the old Asia, the one in which developing nations took direction from the West while struggling to make ends meet, is largely gone. The vast majority of Asian countries are now leading the way in some way, shape or form.  Many Americans don’t seem to be able – or possibly want – to admit this rapid rise is much more than oversized manufacturing centers producing cheap goods for American consumption.  We’re talking about sophisticated businesses, developing cutting-edge technologies while growing at rapid rates to satisfy all elements of the supply chain across the region and beyond.