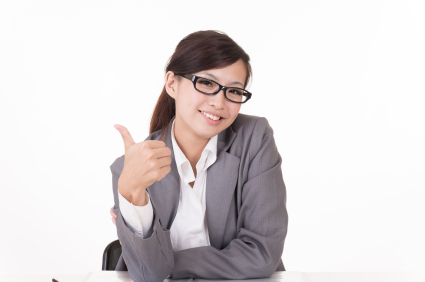 In the next 50 years, most economic growth worldwide will take place outside the G7

But that’s only half the story. Who are the people who will be the driving force for this growth?  Many will be women. But too seldom conversations about economic growth turn a blind eye to gender issues, despite the fact that women comprise more than half of the global economy, 40% of the global workforce (Commonwealth Workforce Council), and $20+ trillion in financial spending worldwide (International Finance Corporation 2011). Women have a multiplier effect as consumers, building markets as they make the majority of purchase decisions in households, often making purchase decisions to increase family welfare. The question is not whether women will contribute to the future global economy but by how much – and where.

And therein lies the rub. Despite gender equality’s being hailed as smart economics and necessary to realize an organization’s full potential, empowering women has been slow to catch on, especially in certain regions of the world like Asia. This is particularly striking, given the important role women play in Asian economies in key manufacturing and service sectors, such as textiles and apparel and back-office processing and call centers. Because of both financial and social benefits of lending to women, most micro-lending institutions aim the vast majority of their lending portfolio toward female borrowers. Female migrants – almost half of the world’s migrant population – also contribute substantially to Asian economies by sending remittances back home.

Yet gender inequality is still pervasive in the region. Many women across Asia still lack access to basic education, are left out of policy decisions affecting their families, and struggle to advance in their jobs. Women face significant challenges in starting a business and are often left behind as businesses internationalize.

In Hong Kong, women are well represented in the civil service, at university and within the workforce, and they generally have more opportunities than their counterparts in many other countries in the region. But even in Hong Kong where East meets West, gender disparity exists. This fact is surprising, given the SAR’s unique combination of British colonial rule and ties to mainland China, where Communism formally embraced gender equality more than 50 years ago. Even though gender equality is protected by the legal system, Hong Kong remains a traditional society, where conservative gender stereotyping is common. This affects who cares for the children, the elderly and the other traditional “homemaker” roles. Despite the comparative ease of childcare due to close-knit family structures and domestic help from the Philippines and Indonesia, women with children bear greater responsibility. Similar to the United States, greater advocacy is needed in Hong Kong by men and women in leadership roles to improve work-related issues that will keep more women in the workforce, such as flexible hours and maternity leave.

While many of Asia’s economies are booming, few women possess a seat at the decision-making table in politics or the economy. Although some women have risen to positions of political leadership in the region and may have served as role models, few have actively promoted women’s empowerment and issues. In terms of the economy, nearly half of boards across Asia still lack a single, independent woman director (Korn Ferry Institute 2011).

Yet women in Asia have been gaining steadily on the Forbes’ “100 Most Powerful Women” list, rising from eight in 2010 to eighteen in 2012. Of those listed, four were from China, three from India, three from Australia, two from Singapore, and one each from Hong Kong, Indonesia, Myanmar, New Zealand, Taiwan and Thailand. Although there are many cultural factors that have to be considered within each country, the rise of women on this list is a sign of progress because it means that: a) a transformation is taking place; b) women in leadership roles can advocate for additional change; and c) women can build on success by mentoring each other along the way.

In mainland China, opportunities for women are growing rapidly says Rebecca Weiner, co-founder and Director for China Services of Strebesana Resources, a consulting and brokerage firm in the medical optics trade. “We are seeing tremendous growth for women in medicine in China today – doctors, hospital directors, medical educators and executives in companies in the medical field. In our business, providing small-bore optics to support minimally invasive surgery, we are also seeing a boom in focus on women’s health issues.”

Who better to help women than other women? Women understand that balancing work with the traditional female roles of child care and managing the home is a constant struggle for women around the world. And they can help guide and support each other to navigate these challenges in the future global economy.

A great example of this mentoring has been taking place at Dupont Japan (25 percent female), which has had a Women’s Network for the last eight years. The Women’s Network recently started an initiative specifically designed to help younger women reach higher levels within the company. Diane Gulyas, President – DuPont Performance Polymers, was in Japan recently and met with the core team of Japanese women who have worked at Dupont for more than 25 years in mid-level jobs, “It was inspiring to listen to Dupont veterans reflect on what it would take to reach the top jobs as they mentored young college graduates.” She added, “Although Japan is very different today than it was even 10 years ago, women have a lot to offer other women on how to succeed in the workplace.”

Often success is dependent on access to excellent childcare at affordable rates, one of the biggest barriers in a country like Japan. But what about the social expectations in other countries, such as India, which have not kept pace with increased career expectations of women? A study last year (Nielson 2011) found that India has the highest percentage of stressed women at 87% (Mexico is second at 74% and U.S. at 53%). Can women help other women in this capacity? Yes, but it’s going to take a cultural shift in both women and men adapting to a new world order that reflects working women as critical to continued economic prosperity.

Women can share stories of how they’ve used micro-finance loans to start businesses and help not only themselves, but to pull their families out of poverty. Women can work together to push for change in increasing educations for girls, a critical step in empowering the next generation of women resulting in greater economic development. But it will take time and some extra help.

“As small- and mid-size companies across Asia explode onto the global stage, they’ll need to invest more in and address those issues of importance to women so that more women can fully participate in next-generation global leadership,” says Ken Belanger, Global Business Leader for TMC. “Many times this requires changes in an organization’s cultural context for women’s leadership initiatives.”

Such cultural shifts can happen. And although they’re specific by country and culture, we’d argue that the feminine culture of communication, sharing and advising other women is a strong indicator that women will help other women all the way to the top. But women will do it in their own way and at their own pace.