The Right Study Abroad Program Can Make a Difference 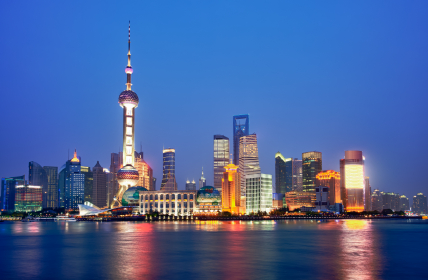 Study abroad is on the rise again with 4% more American students studying abroad than last year.

According to the Open Doors Report on International Educational Exchange (published annually by the Institute of International Education with funding from the U.S. Department of State’s Bureau of Educational and Cultural Affairs) 270,604 students studied abroad for credit during the academic year 2009/10, compared to 260,327 the previous year. And students are studying in less traditional destinations. Although the UK, Italy, Spain and France still top the list, China continues to attract with nearly 14,000 students studying there in 2009/10 compared to fewer than 3,000 in 1999/00. Fifteen of the top 25 destinations were outside of Western Europe and 19 were countries where English is not a primary language. There was a 44 % increase in U.S. students going to India, and Israel, Brazil, New Zealand and Egypt showed large percentage gains.

For the 10th year in a row, NYU leads with the highest number of students studying abroad again: “In my three decades at NYU, I have seen our efforts at global education grow from something quite modest to something far-reaching, pace-setting, and extraordinary,” said NYU President John Sexton. “From what was once a small study abroad program, we have leapt forward to create a global network that includes comprehensive liberal arts and science research university campuses around the world, a wide — and growing — range of study abroad programs in which some 50 percent of our students now participate, the greatest number of any U.S. university.” 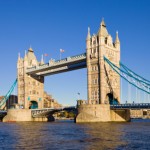 This year’s total numbers are especially heartening after the drop — for the first time in 25 years — in last year’s report. Today’s students need as much international exposure as they can get since globalization continues to increase employers’ demands for more global workers. But it can be difficult to land a global job upon graduation if you don’t have any international experience. Studying is a smart way to build your international credentials. According to my research for Go Global!, four out of five business leaders agree that if two similar candidates were before them and one had study abroad and the other didn’t, they’d almost always hire the one with study abroad experience.

But what if you’re an undergrad — or even a high school student applying to college — how do you go about choosing the right study abroad experience? And what about cost?
Choosing a study abroad program can be difficult because programs vary widely, from top-dollar junkets that are little more than glorified vacations, to programs that take student self-sufficiency a little too far, such as the ones that require undergraduates to find their own accommodations after they land, an intimidating prospect even for many seasoned travelers. Some are academically rich, others mediocre. Some have rigid curricula, while others are so loose that even freshmen are allowed to begin their college experience overseas (not generally recommended, although there are exceptions). 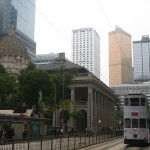 Cost is another factor to consider and so you should carefully vet programs to make sure the (often substantial) investment is well spent. And remember that financial aid may be available, but often in the form of loans, not grants. There’s also study abroad money to be had if you know where to look: The Institute of International Education in Washington, D.C., maintains an online searchable database of hundreds of study abroad scholarships, fellowships, grants and paid internships. Cost has been one driver behind the many changes in campus programs, which have struggled to become more inclusive. Colleges and universities appreciate the importance of study abroad for every student and have been adapting their programs and associated costs to enable more students to participate.

Goucher College claims to be the first national liberal arts college in the nation to require all undergraduates to study abroad at least once before graduation and offers each student a voucher of at least $1,200 to cover travel expenses.

Bryant University now offers students the opportunity to study abroad at the same cost of studying on campus in Smithfield, Rhode Island, as well as a two-step process for students: a two-week sophomore experience, including preparatory seminars during the semester, followed by a semester or even a year studying or interning abroad in their junior year. “I have seen firsthand the transformation that takes place in these sophomores as they learn to manage themselves and live abroad,” said Kati Machtley, director of the Women’s Summit at Bryant, and a staff member who accompanies sophomores abroad. “After this experience they are confident in their ability to study abroad for a semester or to participate in internships in countries around the world.”

The shift in the approach and design of programs is important: Although studying abroad is undoubtedly fun and exciting, it should also be rewarding and differentiate you upon graduation. In fact, a few undergraduate programs have incorporated mandatory study abroad into specific degree programs.

Since 1994, Northeastern University (NEU) has offered a B.S. in International Business (BSIB) that provides an opportunity to both study and work overseas in the language of the host country. “Students in the BSIB program spend their first three years at NEU studying and completing a domestic co-op placement. Their fourth, expatriate, year is spent first studying language for a semester at a partner school in-country and then completing an international co-op placement. Students then return to NU for their final semester,” said NEU Professor Allan Bird. “By educating students to become future global managers, the BSIB program develops highly qualified professionals who bring a more competitive edge in world markets to corporations they join.”
These budding internationalists graduate with a combination of coursework, language proficiency and work experience under their belts — and are making a significant impression on hiring managers: 95% of BSIB students land a job after graduation.

Another program that strives to offer students real-world understanding of today’s global business environment is NYU’s B.S. in Business and Political Economy (BPE) degree program. Launched in 2009, BPE offers a fully integrated four-year undergraduate degree that combines business, politics and economics with three semesters — or 40% of their studies — abroad in, arguably three of the most important business centers in the world. Students start out as freshmen on campus in New York City, then move to London for their second full year and half their third year in Shanghai. They finish up their final year back in NYC.

“Today’s students must understand how businesses, governments, financial markets and cultures converge to make up our global society. There is no better setting in which to teach this global concept than at one of NYU’s campuses around the world,” says Geeta Menon, dean of the NYU Stern Undergraduate College.

More campuses need to adapt their study abroad programs so that more students can take advantage of them — and graduate better prepared to for the global marketplace.
According to Nate Nault, an enterprising student currently studying in China and sharing his experience with others on his Study Abroad Blog: “Travel, see new places, meet people from all over the world, experience new cultures, and of course, enjoy your classes. It’s an opportunity that most people will never get in their entire lifetime, never mind at age 21. Take advantage of every opportunity while studying abroad, leave with no regrets.”

← Is Going Global Right for You?
Top Skills MBA Grads Need for Success →