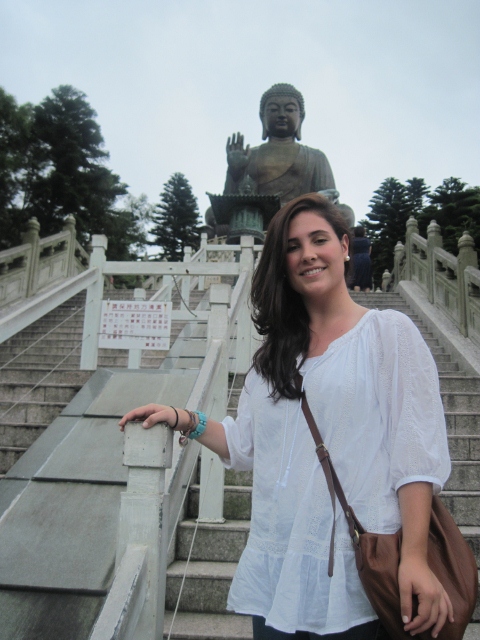 Being born in Colombia and growing up in the United States with a Norwegian step dad and a mother who was in international business made me realize early on the differences between developed and developing countries. I’ve also had the opportunity to travel to more than 20 countries on 5 different continents, and with my array of international experiences I have learned that the world is vastly different — but we all have passion for one thing: bettering ourselves.

For as long as I can remember, I have had a vision of traveling the world and understanding what makes people tick. I have wanted to learn about the differences and similarities between developed and developing countries. Thus, when it came time to make a decision about where to go to university, I decided that I needed to be in a place where international life was vibrant and intellectually stimulating for me.

In the fall of 2008 I enrolled at The George Washington University, a school in the heart of Washington, D.C., that is surrounded by embassies, as well as the World Bank and the IMF, and is the center of U.S. political power; the U.S. State Department and the White House are within a one-mile radius of campus. LOCATION, LOCATION, LOCATION! Washington, D.C., has been my perfect location to launch an international academic career.

When I decided to study at The George Washington University, I wanted to learn about political science and economics, but then decided that business, specifically international business, was my true calling.  From all the traveling I’ve done, I wanted to learn how business worked on a global scale – both the inter-connectivity within and the impact globalization is having on businesses all over the world. 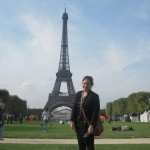 I took advantage of my location and participated in as many events as I could within the diplomatic, political and business circles. As my academic career began to reach its halfway point, I decided the time was right to explore another international city: PARIS. My junior year I studied abroad in Sciences Po Paris, where I was able to visit multinational corporations such as General Electric, Ferrero, Merrill Lynch, Pfizer and Four Seasons Hotel to learn about their international operations.

Throughout my stay in Paris I not only listened and observed how people functioned on a daily basis, but I focused on understanding how this sophisticated, cosmopolitan nation was both suffering and thriving in this new globally competitive business environment. I spent time speaking with French individuals about their country and what it’s like to be living and working in France, a leader (along with Germany) throughout the Eurozone Crisis.

So what did I learn?  I learned that French individuals have a different way of doing business with more lax hours, but at the same time they were intellectually curious about the rest of the world. They kept up with not only current affairs in their country, but also the rest of the world. In terms of work ethic, I learned that their prime focus in life was not work but rather having the ability to connect with people and build relationships.

These experiences lead me to understand that a country such as France is still both constantly struggling and thriving. The French people are well educated and are trying to focus on more than just work while at the same time staying intellectually stimulated. They constantly want to improve. 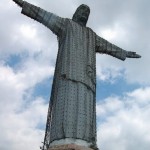 As soon as I returned from France, I decided it was time to explore my background. I’m originally from Colombia, a country that has struggled to repair its reputation as a placing teeming with drug lords and suffering from civil war. In the past decade, the country has been trying to make a turnaround, which presented itself as an opportunity to me to create a business that enables students to travel to Colombia. My experience has led me to the conclusion that people are more alike than different; the main difference is usually the opportunities they have.

In 2011 along with two colleagues, I launched my own company, ViveLA. My goal is to provide the opportunity to students to intern, volunteer and teach English in Colombia.  I have learned so much about cross-border work, most specifically the importance of cross-cultural skills as an absolute necessity to work with individuals from another country. I realized that the opportunities in a developing country were so much greater than in a developed country, and there’s so much work to be done! 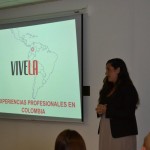 For example, in Colombia semester internships do not exist. In Colombia, internships are called “practicas,” which are mandatory in order for university students to graduate with a degree. Students do not intern like they do in the U.S. Thus, my co-founders and I had to bring this idea to Colombia. We met and spoke with representatives from companies so as to educate them on the importance of internships for foreign students and the benefits of cultural and professional exchange to both the interns and companies. In addition, we learned a lot about how things worked in Colombia, how connections and work environments function differently. We had to learn this if we wanted to be successful; we had to understand the work environment and realized that differences are overcome by openness and cooperation.

Fortunately, Colombians are always trying to better themselves. With hard work, we have been able to establish an understanding of internships in the country. To date we work with more than 20 organizations that accept interns, volunteers and teachers.

This experience led me to the understanding that working in a developing country offers a wide range of responsibility that might not be offered elsewhere. Implementing and developing new ideas or even taking methods of how developed countries work and putting them in place in developing countries is a challenge, but a very rewarding experience. I grew both professionally and personally. Be open to looking at opportunities in developing nations. It is critical to understand that at times the economies of those sophisticated, complex countries we all dream of working in may not be the best place to launch a career. Therefore, look for those countries, such as the BRIC (Brazil, Russia, India and China), to make your mark.

My advice to students and recent graduates is BECOME A CITIZEN OF THE WORLD. I learned both in Paris and from growing up with a Norwegian stepdad that knowledge is power. If you do not follow current events you will be lost. Doing so may be time-consuming but it’s easy — just a click away really. To not do so is not okay. If you want to stay competitive in this global job market, you need to experience and work toward understanding where the world is today — and how things are changing. We must take advantage of our interconnected world to be competitive and become successful. Competition is fierce and if you are not on par or better than students from around the world…succeeding is questionable.

María A. Villaquirán, a senior from Cali, Colombia, will earn her Bachelor of Business Administration from The George Washington University with a field concentration in International Business and a minor in Economics in May 2012. After a semester abroad in Paris, Maria co-founded ViveLA, a company dedicated to offering internships, teaching English, and volunteering opportunities for students in Colombia. Maria is fluent in English, Spanish and Portugese.

← Learning 2 or 20 Languages: Is There a Secret?
Top Tips for Grads: Financial Advice with a Global Twist →