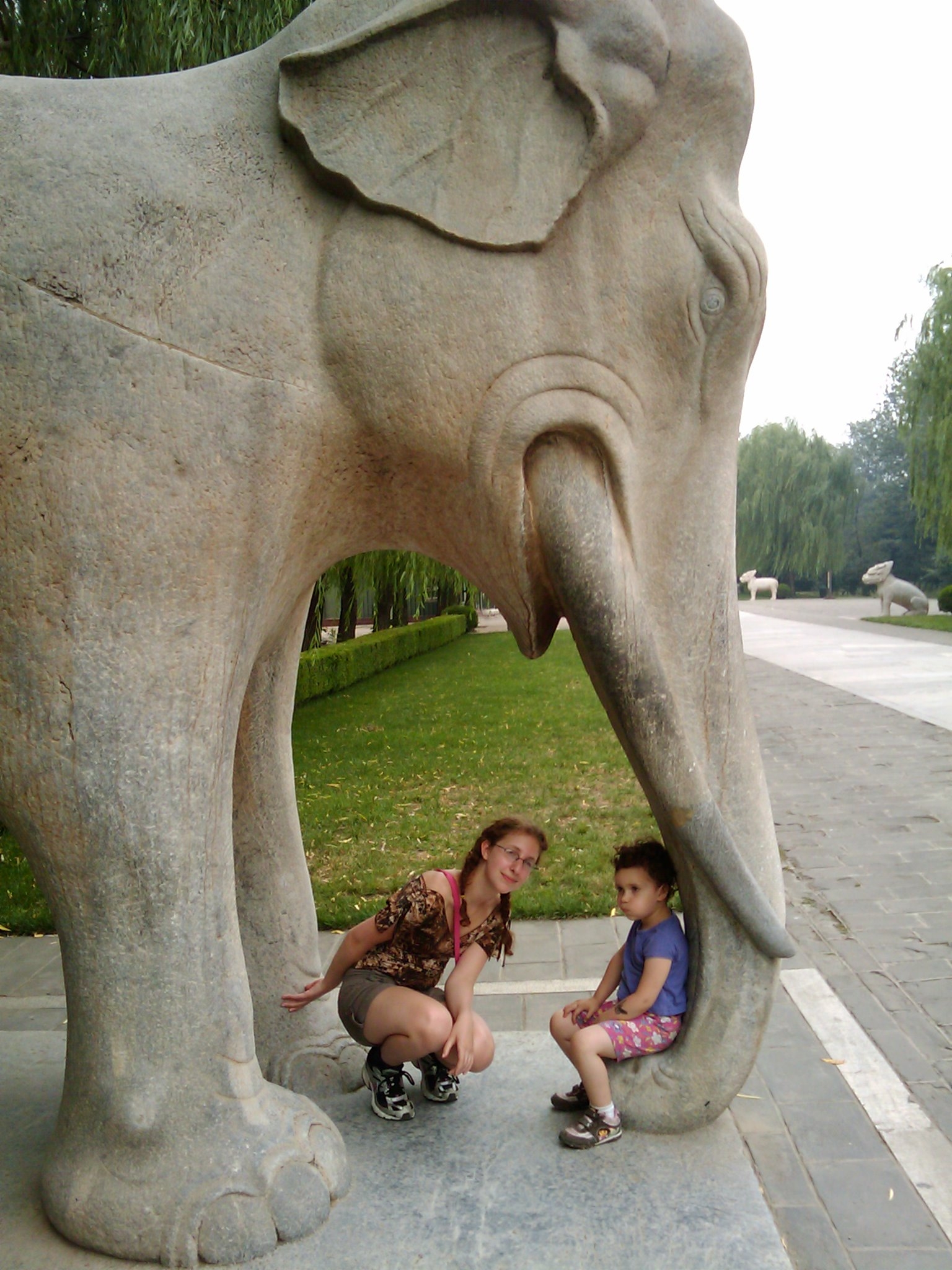 As the mom of an active 5-year-old named Sarah, I sniff out parks and playgrounds wherever we go.  Since work takes me regularly to China and I’ve been fortunate enough to bring Sarah along, I get to compare playgrounds, and parenting, here and there.  Some of what I’m seeing doesn’t speak well of the future for American kids.

Sarah is noticeably braver in China than at home.  She climbs higher, runs faster, tries tougher exploits, and cries less when she fails in favorite Chinese haunts like Shanghai’s Zhongshan Park than at places like Edgewood Park near our home.  The difference begins as soon as we get off the plane.  She even seems taller there.

I’m a businessperson, not a sociologist, but I am also a mom.  The contrast has been sharp enough that I’ve started trying to see what I could learn, what lessons I could bring to help my wonderful girl grow as brave and strong as she can be here.

Certainly the contrast can’t be explained by overall comfort in China.  Sarah doesn’t love being left with Chinese ayis (nannies) while I work, and squirms at the attention Chinese lavish on young foreigners.  Yet she lists Zhongshan among her favorite places anyway.  When she goes there without me, I hear tales of bumper-car rides that turned ayi green but which, Sarah boasts, “didn’t bother me.”

No doubt the difference stems partly from simple excitement, running around with new friends halfway across the world while regular playmates back home are sleeping.  But I suspect other factors too.

A recent pair of incidents brought these deeper factors into focus.  Some weeks ago at Edgewood I saw a wild-eyed little boy race up an artificial climbing wall, over a catwalk, across an artificial boulder designed to encourage safe rock-climbing, and straight off into thin air.  The boy flailed for a moment, then plunged to the “wood-fiber safety surface” below.  That event and its aftermath lit several lightbulbs.  As it happens, a few months back, I saw a similar scene in Zhongshan Park with another small boy, a real boulder, and concrete.   The two incidents offered almost clinically perfect contrasts in parental reactions.  Both falls left largely scrapes and bruised egos.  The Zhongshan boy’s concrete landing drew blood, the Edgewood boy’s wood fiber landing didn’t.  But the real impacts came from parental behavior.

Both moms rushed in for the mandatory quick-check that eyes still blinked, limbs remained attached, and digits still wiggled as directed, then gave quick maternal hugs.  But there similarities ended.

The Shanghai mom berated her son for failed judgment.  “Ni zenme mei kan?” she asked; “why weren’t you looking?”  Then she picked him up, dusted him off with a strong admonition to look before future leaps, bandaged the scrapes with a clean hanky, and sent him back to play.

The Connecticut mom wailed about her “poor baby,” prompting answering wails from her child.  Sympathetic bystanders clucked about climbing rocks without railings, and wondered about liability.  Others kicked the safety surface, asking if it were deep enough.  I heard no one suggest that the boy himself should have been more careful.

Many related contrasts rose to mind.  Like the creaky yet beloved old Zhongshan amusement rides, whose sometimes rusty metal edges would long since have been banned from any American park.  Or the lovely handmade mosaics in the Zhongshan sidewalks that can be bumpy and uneven.  Or the parents who bring kids to Zhongshan on bikes and motorcycles, sans kid seats, trained from babyhood to Hang On.  Meantime, signs around Edgewood remind visitors that sidewalks can be slippery when wet, and speed bumps are bumpy.

I found myself, in short, thinking about the long-term effects of a culture of excess safety-consciousness, and liability, and assigning blame on someone else for anything that goes wrong.  Such questions have long been part of the UK’s “nanny state” debates.  Maybe they should be part of the debate about economic shifts between the US and China.  The Chinese kids I see at Zhongshan are growing up with a healthy capacity to take care of themselves.  The self-confidence that breeds helps explain why kids there run and play so fearlessly, so my sometimes-cautious Sarah becomes bolder in imitation.  Too many American kids are growing up emotionally handicapped by rules that say don’t run here, don’t try that, don’t climb anything you might fail from, because It’s Not Safe.

That Zhongshan boy, in a couple of minutes, was back up leaping boulders, watching his trajectory more carefully.  The American boy did not, while I watched, try to climb again.  I had a strange sensation I was watching their future lives unfold, the Zhongshan boy’s full of bold leaps based on careful calculations, the Edgewood boy’s more restrained.  It was easy to see who would be tomorrow’s CEO, or world leader.  And I know which one I’d rather have Sarah imitate.