The World has Changed: Foreign Languages Make a Huge Difference 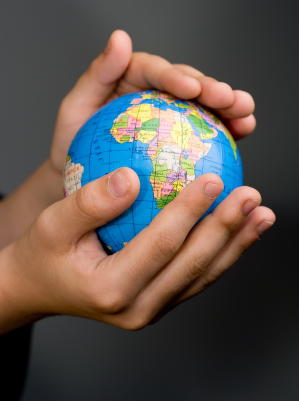 It’s reassuring to know that his opinion was overruled by the six panelists, including me, whom the New York Times invited to contribute a personal perspective for the online “Room for Debate” discussion: Does learning a language other than English matter? Of course it does!  And it seems that the vast majority of the more than 300 comments posted in the first 24 hours agree. It’s not just about learning to speak a language; it’s about cultural nuances, humility, cognitive development, improved language arts, and being able to work across borders to solve big and small problems. Teachers, diplomats, entrepreneurs and business people offered their individual perspectives, but they all agree.

One these was PR legend Harold Burson, with whom I had the good fortune to visit when I was in NYC yesterday. Harold was at the forefront of global expansion in the 1970s as he steadily grew Burson-Marsteller into the international powerhouse it remains today with a mixture of cross- culturally competent PR professionals and in-depth local knowledge and language skills. He told me that he wholeheartedly agrees with my premise and referenced an article that claimed 60 percent of the essence of a negotiation is missed even when served by a competent interpreter.

Another came from a young entrepreneur, Leslie Forman, who wrote that “being able to speak more than one language has had an immeasurable impact” on her life. Originally from California, she moved to China and now lives in Chile as she builds bridges among three cultures working in three languages. She’s not even 30 years old, but she’s on her way to becoming a global player.

If we want more Americans to be successful and to be able to compete in the global marketplace, we must teach them cross-cultural skills and more foreign languages earlier, not less later. But we need to do so in the right way. A few mandatory years in high school seems to frustrate many. The drill and grill method seems to turn students off completely. We need to overhaul how we teach languages, setting a national standard beginning as early as Kindergarten to lay the foundation for proficiency as adults. Because if not in our public schools, then where? When? Many comfort themselves with the unrealistic expectation that students will learn in college, but studies show that language learning comes more easily to those whose brains are still in the development phase – up until roughly 13 or 14 years of age – which is usually about the time when we start language programs in high school.

The world has changed. The stakes for our children are high, and rising. Americans must work together as parents, teachers, administrators and business leaders to maintain – if not increase – foreign language in our schools’ budgets.

If you’re interested in reading the ongoing debate online, check it out.

← Cooking Revolutionary Chinese Food
Go Global! Can Be Read on Any Device – Not Just Kindle →

One Comment on “The World has Changed: Foreign Languages Make a Huge Difference”