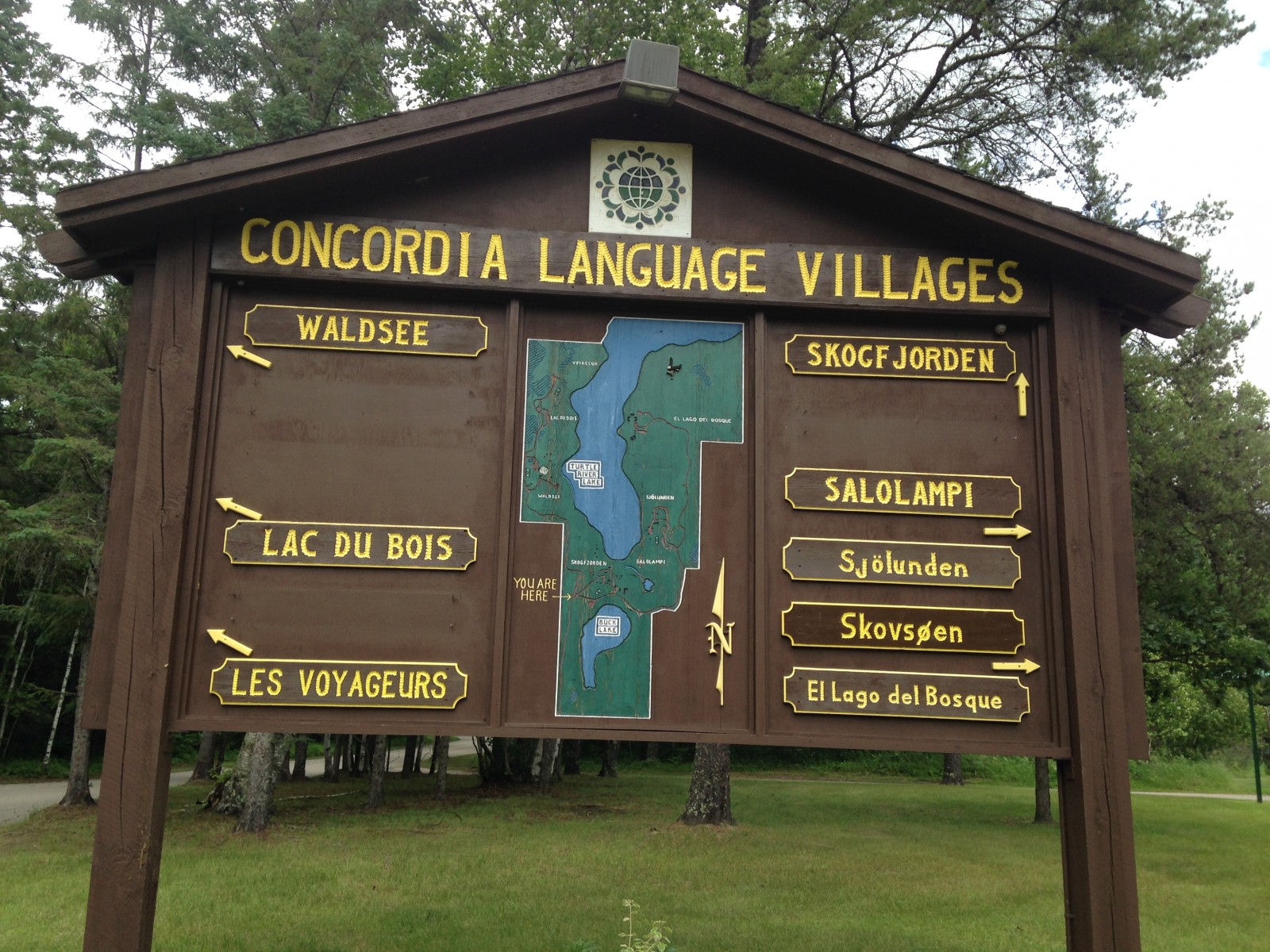 While there is no disputing the many benefits of learning a second language, the U.S. education system, as a whole, is woefully inadequate in giving our children the foundation they need to become proficient. Not enough schools begin language lessons early enough, and the vast majority of language programs in U.S. schools are not immersive. If parents are serious about helping their children become proficient, they must make language study, including immersion, part of their child’s overall education.

My husband and I recognized this need in our daughters, Connie and Betty, who, although having taken Spanish since kindergarten, were still shy about speaking the language in public. So we traveled with them throughout Central and South America over the course of three years (stories I’ve shared on this blog and in other publications). This opened their eyes to the immense value of mastering another language and inspired in them the desire to actually become proficient. But not everyone can travel internationally nor are most families capable of speaking Spanish to each other when they’re on the road. In other words, travel alone may not be immersive enough; but if proficiency is the goal, then immersion is the path by which to get there.

That’s why for several years we have enrolled Connie and Betty in El Lago del Bosque at Concordia Language Villages (CLV) in Bemidji, Minnesota, for two weeks. CLV provides immersive cultural and language learning in 15 languages to adults and children alike, but the real focus is 7-18 year olds. CLV maintains three separate campuses in Minnesota, with the main one being in Bemidji, where it houses campers in “villages” – camp-like environments dedicated to each of the 15 different languages and cultures. Food, music, games, sports and currency are those of the focus culture, and the villages even include typical housing and décor. Courses run from long weekend sessions during the sc 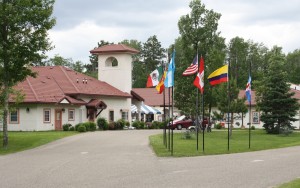 hool year to one-, two- and four-week sessions during the summer. “Villagers” are encouraged to take a “no English”pledge.

The villages are wonderful microcosms of specific cultures, and my husband Mike and I were convinced it was the next best step to proficiency for our daughters. But they were not initially pleased, primarily because they had gotten used to all the excitement and appeal of international vacations. In addition to being stuck in the middle of the woods, camp was “work” because they’d be speaking Spanish and “studying” every day!

Mike and I held firm because we not only wanted Spanish immersion in a safe, fun environment, we wanted them to experience sleep-away camp and manage the emotional and physical challenges that come with it.

So Connie and Betty packed their stuff, and we drove them out to Minnesota from Connecticut, stopping to visit major cities and sites along the way. As we arrived at the 800-acre site, we saw “Welcome!” signs in many languages. 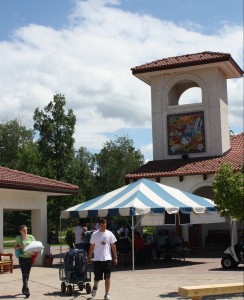 rrived at El Lago del Bosque, the greeters only spoke Spanish. Fortunately, Connie and Betty got right with the program, showed their “passports”, checked themselves into “Casa Santo Domingo,” made name necklaces choosing a fun name, exchanged U.S. dollars for pesos, signed up for activities, and were “tested” for just a few minutes for placement in the daily “tertulias” – mini-conversation classes that took place every  day. They turned in all their obligatory “English” paraphernalia – books, games and all digital devices (they could only communicate by written letter, unless in an emergency) – and bid us “adios”. This process only took an hour or so.

Two weeks later they called to tell us they were on the bus to the airport and absolutely loved their time at El Lago del Bosque! They made new friends, played sports, ate interesting food, danced and sang, watched the World Cup with their Argentine counselors (almost all CLV staff are native speakers from many different countries), and enjoyed International Day where the 15 villages got together to share their cultures through music, dance, food and sports. But best of all, they felt as though their Spanish had jumped to a whole new level.

Mike and I were glad that it worked out and were cautiously optimistic about their returning next summer. We had agreed that although we mandated their going to CLV the first summer, any additional participation would be up to them. We were smart enough not to ask them about returning right away.

As they returned to school as high school freshmen in the fall, they both realized how much Spanish they had learned. This noticeable improvement in skill level combined with the practical experience of communicating with other kids and counselors in a fun, engaging atmosphere sealed the deal. They started talking about which session to attend the next year, trying to coordinate going with a new friend they made at camp. We discussed the pros and cons of adding another language or attending the four-week high school session, which can count for credit for one full year of language learning.

After a few years at the Villages, our daughters each skipped a year in Spanish — not because they took the 4-week high school credit (they didn’t) — because they had become comfortable speaking Spanish in an immersion setting — being active language learners, which educators say is the best way to learn a language. The lessons they learned in school clicked much faster. They applied what had been learning in class to eating, singing, playing sports, making friends. In other words, they learned to communicate on a daily basis. Although our daughters attended for the first time as 14 year olds, I wish we had known about Concordia when they were younger. I would have felt comfortable sending them to a one- or two-week session every summer, possibly in multiple languages. In fact, we met a few young adults who had spent six or seven summers there, studying languages they were not learning in school, yet were fluent enough to study abroad in the target language when they went to college. This could be a terrific option for parents who don’t have language learning K-12.

In fact, I’d recommend parents consider sending their children as early as 7 or 8 – as long as the child is comfortable attending sleep-away camp – every year for as much exposure to cultural and language immersion as possible. The cost is on par with that of other sleep-away camps, and there are many, many scholarships available. But there isn’t another place like Concordia Language Villages; it’s very special and can help our children not only reach proficiency in a second or third language, but also inspire them to become responsible world citizens. Tucked away in the northern woods of Minnesota, it is a real gem unlike any other place in the U.S.

If you’re still looking for summer activities for your children, check out CLV. Your child will have a learning experience unlike any other.