Learning About the World through MUN 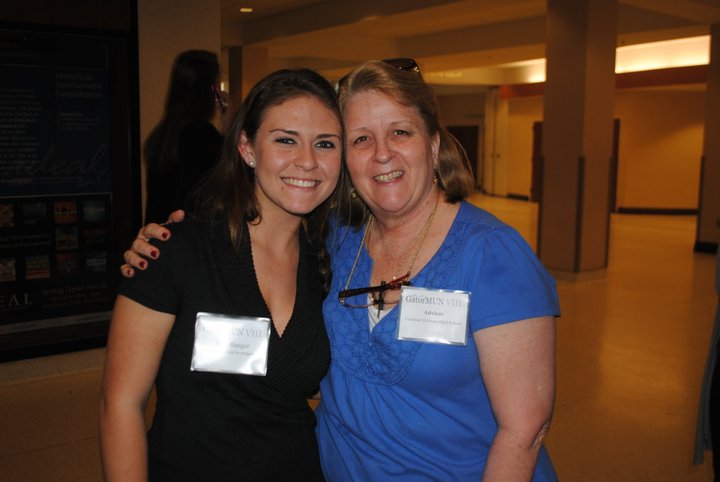 A year ago, a good friend of mine got me interested in a club called Model United Nations, commonly known as MUN. I learned that it was a just as much a weekend event as an organization where students were assigned positions as ambassadors of a country to debate and solve the topics on the agenda.  I had never heard of it before, and quickly learned it was a serious club. At the first meeting the club’s president assigned me a paper on Financing for Development in Italy.  Based on the strength of my submission, I would be chosen — or not — as one of the 18 out of 30 students to attend the annual GatorMUN conference in Gainesville, Florida, with hundreds of other high school students across the state. I looked around. The sheer number of seniors worried me. Not feeling confident but determined to do my best as the only freshman, I worked hard- and it paid off! I was in.

After the initial shock of being selected, the reality set in. I was going to be the only freshman with a group made up of mostly seniors.  I didn’t know any of them, nor what to do during the actual conferences.  I felt like a tiny spec under a high-powered microscope, and I was very uncomfortable.  By the end of the weekend, I realized that I didn’t have anything to be afraid of and that most of the students there shared similar feelings.

Now I’m in my sophomore year and unlike last, I could not wait for MUN weekend. I knew this year would be different, mostly because I spent the previous months encouraging my friends to get involved in the club. We had a few practice mock sessions after school, and I even hosted a small gathering where I taught my friends the basics of debate and gave a short tutorial on how to write a position paper. It reminded me just how nervous I was in their situation a year ago, and I wanted to do everything I could to make sure they would be prepared.

At the GatorMUN 2011, my committee was the British Criminal Investigation Department of 1900. Unlike most traditional committees, mine was a Crisis Committee. This meant that instead of representing a country, delegates represented characters. My character was D.C Bangor who was an expert in photography forensics. We spent the three days solving a crime involving the murder of Queen Victoria’s granddaughter and a stolen jewel from Buckingham Palace. The moderators gave us clues and evidence, but it was up to the delegates to locate a suspect and create a case that would eventually be presented to a jury.  I learned so much about British history from this time period, especially its relationship with other European countries. It reinforced the importance of knowing history and understanding international relations in order to solve world problems.  At the end of the conference, the moderator gave us a little insight on the planning and organization of building such an exciting committee; detailed work! 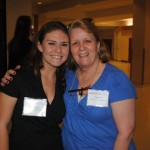 Kelly Crissy and her moderator, Patricia Zamora, take a break to pose during an intense GatorMUN weekend.

The weekend concluded with an awards ceremony in which the top delegates from each committee were recognized for the best position papers and outstanding performances. We had two students win from our school this year for Outstanding Delegate in a Crisis Committee, which made our moderator, Patricia Zamora, very proud.  I was appointed president of my groups’ MUN for next year, only two years after joining.  I can’t wait to bring new people to the table and see what the student body has to offer in this important exercise in international relations next year.  The experience has taught me several lessons that I’d like to share with fellow students interested in participating in the global adventure of MUN:

1.       Make friends! The best part of doing out of school activities is that it is the quickest way to make connections. Everyone knows that a key to success is building strong relationships wherever you go and MUN is a great place to begin, especially as we have a sort of cross-cultural awareness of each other, coming from various schools across the state.  Since you’re with the same 15 kids for three days, make sure you get off to a great start!  Students come from all over, so stay in touch with the new friends you meet along the way.

2.       Speak your mind and be prepared! The moderators of these committees are looking for the student who will create the controversial discussions; so, it is your job to be that person!  MUN helped me emerge from my shell and opened my eyes to the world beyond friends, family and school.  I’ve learned that preparation and confidence are essential to working through problems, and conducting detailed research on complicated topics pays off.  Don’t fall victim to the people there trying to trip you up: Read the paper, follow global news, talk to informed adults. You must prepare to succeed.

3.       Take calculated risks! Sometimes I wonder what would have happened if I had never gone on the trip freshman year. Would I have met the friends I made?  Could my friends have gotten involved without my help?  Thankfully, I did take the risk and could not be happier with the outcome. Don’t be afraid to get involved just because of social obstacles or nerves. It’s okay to be nervous! Once you realize that things aren’t as bad as you might think, you can relax and concentrate on making it a worthwhile experience.

4.       Make Global Connections! The most exciting part of my experience at GatorMUN was hearing the input that each country had to offer. When I was in a typical assembly committee, there were about twenty different countries represented.  I learned so much about cultural, economic, and political differences among countries.  I learned that my curiosity is a good thing, as it inspired me to pursue interests in history, people and places that I never considered before that, although distant, had an impact on me. Overcoming my lack of knowledge enabled me and other delegates to negotiate resolutions.  I can only imagine now what goes on in the real UN Assembly with so much upheaval in the Middle East.

My eyes are open a little wider, and I appreciate how interconnected the world is and am better able to understand things I never dreamed of just two years ago. I believe that this experience has helped me accept diversity in the world, better prepared me to embrace a global mindset, and, perhaps, made me better able to succeed in the global marketplace.

Kelly Crissy is a sophomore at Cardinal Gibbons High School in South Florida. She hopes to attend the University of Florida and major in Public Relations. She spends most of her free time at the beach and loves traveling to new places with her closest friends

← Women Move Up By Moving Overseas
International Travel: One of the Benefits of a Global Career →