Guest Blogger: Moving to Beijing After Graduation – A Year in Review 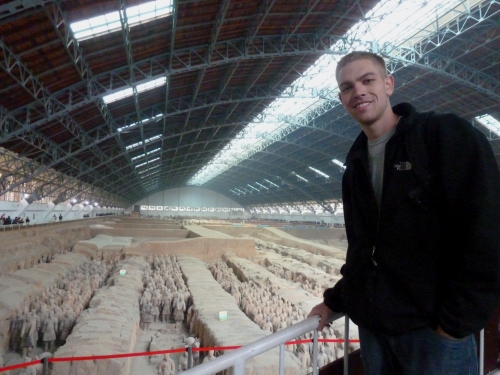 Early on in my senior year of college, I faced the same question that just about every 22 year old is expected to answer: “What are you going to do for the rest of your life?”  It’s not a question I was afraid to answer, but at that point, I simply didn’t have one. Unlike many other 22 year olds, however, I was comfortable with this because over the course of the previous year or so, I had come to the realization that it’s hard to know what you want to do in this world if you’ve never seen it. 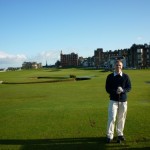 I spent my junior year of college studying abroad at the University of St. Andrews in Scotland, and had the experience of a lifetime. I met some great friends from around the world, traveled to countries all over Europe, took some interesting classes on topics like the Mongols and Melanesian anthropology, and for the first time, I was exposed to a world that wasn’t solely focused on life in the United States.

Among the many things I learned that year, that are a few that stand out from the rest:

1. The world is absolutely enormous and extremely diverse, and the only way to understand this is to experience it firstnhand.
2. You can do just about anything you desire in this world as long as you’re comfortable with occasionally being uncomfortable.
3. As I said above, it’s hard to know what you want to do in this world if you’ve never seen it.

As an Asian Studies major who loved traveling, I considered these points carefully, and decided that after graduating I would continue learning Chinese while studying abroad in Beijing, China. 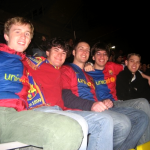 Studying Abroad: The advantage of learning a language

I couldn’t be happier with my decision to continue studying a foreign language, especially Chinese. For one, I have no doubt that it has had a huge impact on both my social and intellectual development. Speaking a foreign language is a skill, often requiring you to think about and analyze exactly what you’re trying to say, as well as the correct and most efficient means to say it. Of course, as a sought-after asset in today’s global economy, it will also increase the number of future job opportunities.

It also allows one to communicate with people from a different country, and in my case, not just people from China. I’m able to use Chinese to talk with someone in my class, from Japan for example, who might not speak English very well — and I think that’s pretty cool.  Applying this to the bigger picture, using language to improve communication between businesses, governments, and peoples, as well as breakdown cultural and ideological barriers, will be the key to future world progress.

Work: A tale of two twenty-something’s

Although not always the case, working in China usually falls into two categories with regard to recent college graduates:

A “Traditional” 9 – 5: The recent college grad that lives better than his parents
I use quotation marks because working in the middle of one of the biggest cities in the world at age 22 is really anything but traditional, and while I don’t have much experience in this area, many of my friends here do. Most of them are in China with the goal of being exposed to the international working environment – some with the intention of returning to the U.S., and some who plan on having an international career.

Quality corporate jobs are not necessarily the easiest to find in Beijing, and the cost of getting hired is usually a three-month unpaid internship. Job hunting difficulties aside, these internships usually come with the understanding that if you perform well, you’ll be heavily rewarded in the long run. As the cost of living is much lower in China, working for an American company that pays an American salary is ideal; however, one can still make a decent living and acquire valuable experience working for a reputable Chinese company.

Still In School: The not-really-struggling student

The other category is the English teaching and college admissions consulting route, both of which I do have some experience with. As a student, my staggered 20 hour-a-week class schedule doesn’t make me a viable option to most of the larger companies, domestic or international, and although my Chinese is getting better, it’s not good enough to secure a part-time job in smaller shops and stores where the majority of the customers only speak Chinese. 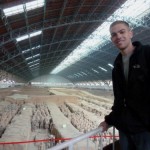 Teaching English is another blog post topic in itself, but if you’re willing to run around a bit and you understand that it’s more about pleasing parents than actually teaching the student (I know how bad that sounds), you can make a full time living working between 10 and 15 hours a week.

To be honest, I didn’t have many expectations about Beijing before I came. Even as an Asian Studies major with a background in Chinese, most of what I had learned was from pre-1990, so trying to conceive of what it would be like in 2011 was pretty hard. I will admit though, that when I first came to China and the euphoria had subsided, I was slightly disappointed by the lack of “culture” and shocked by the excess chaos and confusion that this city operates under.

In my opinion, Beijing is unique among the big cities of the world. I’ve said before on my own blog, it’s a combination of the American Wild West circa 1875, modern technology, long-standing (and outdated by U.S. standards) traditions, and just general ridiculousness, all of which I mean in a good way.

It challenges you to stand out while still having to seamlessly live and work among a population of over 10 million people that won’t budge just because you say so. It reminds you of how lucky you are to have clean air, enforced traffic laws, and non-smoking restaurants. And most importantly in my mind, living in Beijing helps you sift through the garbage (both figuratively and literally) to find the beauty in things you would’ve previously overlooked or ignored.

I’ll also add that I’ve learned to appreciate and embrace the challenges of everyday life, the struggle to make a name for yourself and gain necessary work experience in a country located literally half-way around the world from where I grew up, and the effort to understand a culture and language that are totally opposite of my own. I have really come to love it here, and plan on living and working here for a while to come.

Nathan Nault has a Bachelor of Arts in Asian Studies, and is currently studying Chinese in Beijing, China. He is the creator and editor of The Study Abroad Blog, and the author of The Ultimate Study Abroad Guide. Connect with him on Twitter, Facebook or via email at nate@thestudyabroadblog.com.