Experiential Learning in the United States and Beyond 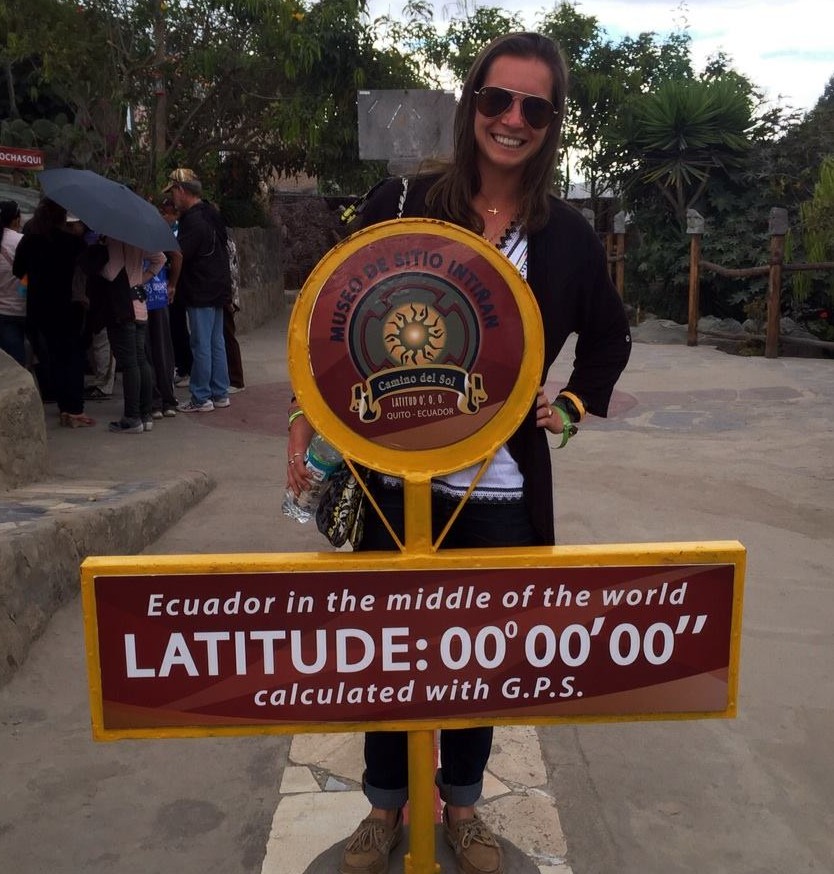 One of the things I love most about my university is its commitment to engaged, experiential learning. It encourages studying abroad, experiencing other cities in the United States, hands-on learning, teacher-student relationships, simulations and research to enhance the education that happens in the classroom. Because of that culture, I have been able to study abroad three times, create several portfolios of written and multimedia work, work one-on-one with professors, and participate in Model U.N. and poverty simulations.

More than that, though, my higher education has provided me the opportunity to meet people from all over the world in a tiny university town. I have lived with students from around the globe; roomed with a girl from Ghana who has become one of my best friends; discussed American politics with an Indian citizen residing in Singapore; felt the fear of Nepali friends whose homeland experienced mass destruction; and spoken Spanish with native speakers who appreciate that I make an effort.

This type of immersion, though, does not just happen. One needs to search for it on and off a university campus. Whether you are studying abroad or in a different city in the United States, culture surrounds you. If you’re seeking cultural experiences while in college – which you should to prepare yourself for an increasingly globalized world that relies on bilingual and bicultural skills to be successful – here are some things that you can do based loosely on some of the experiences I have had.

Look for a language or international living-learning community

The easiest way for me to find diversity and culture on campus was through themed housing. Many people with whom I became acquainted my first year lived in an international learning community where students interested in other cultures and from other parts of the world gathered to celebrate each other. I applied to live there my second year and have never left.

Many universities have themed housing, which usually requires an application. By targeting a specific housing arrangement for yourself based on culture, you can find yourself living with someone from a different country, religious background, or first language. At first it may seem inappropriate to inquire about students’ backgrounds, but that is the beauty of themed housing. Those types of conversations can happen naturally and in a safe, nonjudgmental environment.

Offer to help with an international student orientation

There is always orientation for students: new students; transfer students; and international students. International students – whether they are in the U.S. for a semester or for four years – have an orientation to get them acclimated to the culture, language, U.S. higher education system and the particular university. I personally never helped with these orientations, but I knew the students who did. I would show up to open events (many times enticed by the free food) to get to know some of the newer students. They had plenty of resources via their orientation leaders, but I wanted to offer them another one as a domestic student and to simply extend a hand of friendship.

Explore the world by engaging in conversation with those around you

Through friends of mine who ran the international student orientation for the spring 2016 semester, I was able to go to dinner with a group of students to talk. Many of them seemed overwhelmed and frightened. They remained quiet for much of dinner, listening to their leaders talk.

Through an international tailgate, members of the international and U.S. communities can start conversations about where the food comes from, what it consists of, and how and why it is eaten.

When we moved to a local coffee shop, I sat with a third-year business student from Syria. I’ve met her once or twice, but never had an in depth conversation. I asked her what she did for break, to which she responded that she went home to Damascus. I found it hard to ask her about the situation in the country and the difficulty with getting there and back to North Carolina: media reports make it seem as though the entire country is in shambles. Another transfer student sitting with us lived in Lahore, Pakistan. There were so many questions I had but didn’t know how to phrase without seeming, well, American. Naturally, though, the conversation shifted and I heard stories of their countries from their perspectives – not the media’s. I left that coffee shop a little more enlightened than I had been. 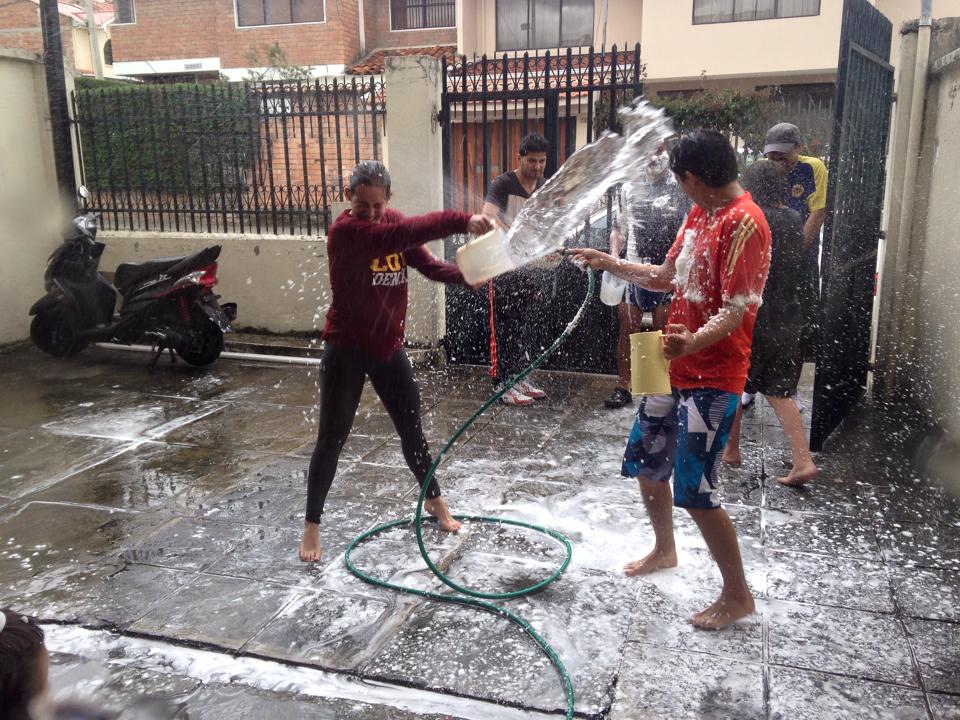 One of my host cousins and I threw water at each other constantly during Carnival, the day when I truly felt welcomed to the country.

Learn or practice a language with a native speaker

My university has a growing Spanish-speaking population, which has made it easy for me to continue using my Spanish-language skills as well as immerse myself in Latin culture. But for students who look to speak Mandarin, Arabic and even French, it’s much more difficult to find spaces to practice. By making friends with native speakers, not only are you helping yourself, but you are, in a way, helping the students who might not have someone with whom to converse on a daily basis. Native speakers are always pleasantly surprised to find people who want to speak to them. It’s a way to celebrate a culture and also feel a little bit more accepted. If it’s hard to find students who speak a critical language, there are a lot of online groups you can join to video chat with others who are learning English.

This view of Ecuador comes to you courtesy of Amaru, a zoo with animals saved from abuse.

I spent three weeks in Costa Rica understanding Latin culture, five months in Cuenca, Ecuador speaking Spanish 14 hours a day and picking up some Quechua along the way, and two weeks in Honduras teaching young men about gender-based violence. Every experience taught me something new about the language, the culture, the cuisine and myself. Going abroad teaches you how to live in another culture, to navigate it in a language that is not your own, to listen more attentively and to understand what the world outside of your hometown or university looks like.

Who knows — living and learning from someone (seemingly) different from you can lead to a lifelong friendship, something I found with my very good Ghanaian friend, Osca.

None of the conversations you have and adventures you embark on can happen without effort, curiosity and genuine interest. My two weeks in Honduras reminded me how important it is to cultivate relationships with people. You need to build trust with anyone, regardless of who they are or where they come from, in order to have meaningful conversations and interactions. Don’t assume that people will open up to you upon meeting them, nor should they be treated as a talking book that will answer your questions. And, possibly most importantly, don’t forget that common interests form the basis for real relationships. It’s just as vital to find those connections as it is to learn from each other.

Morgan is an Italian-Polish American who speaks Spanish, has started to learn Portuguese, and is passionate about bringing people together no matter their differences. She will graduate from Elon University with a B.A. in international studies and minors in journalism, Spanish, peace and conflict studies.