A Confluence of Fluency in Orlando 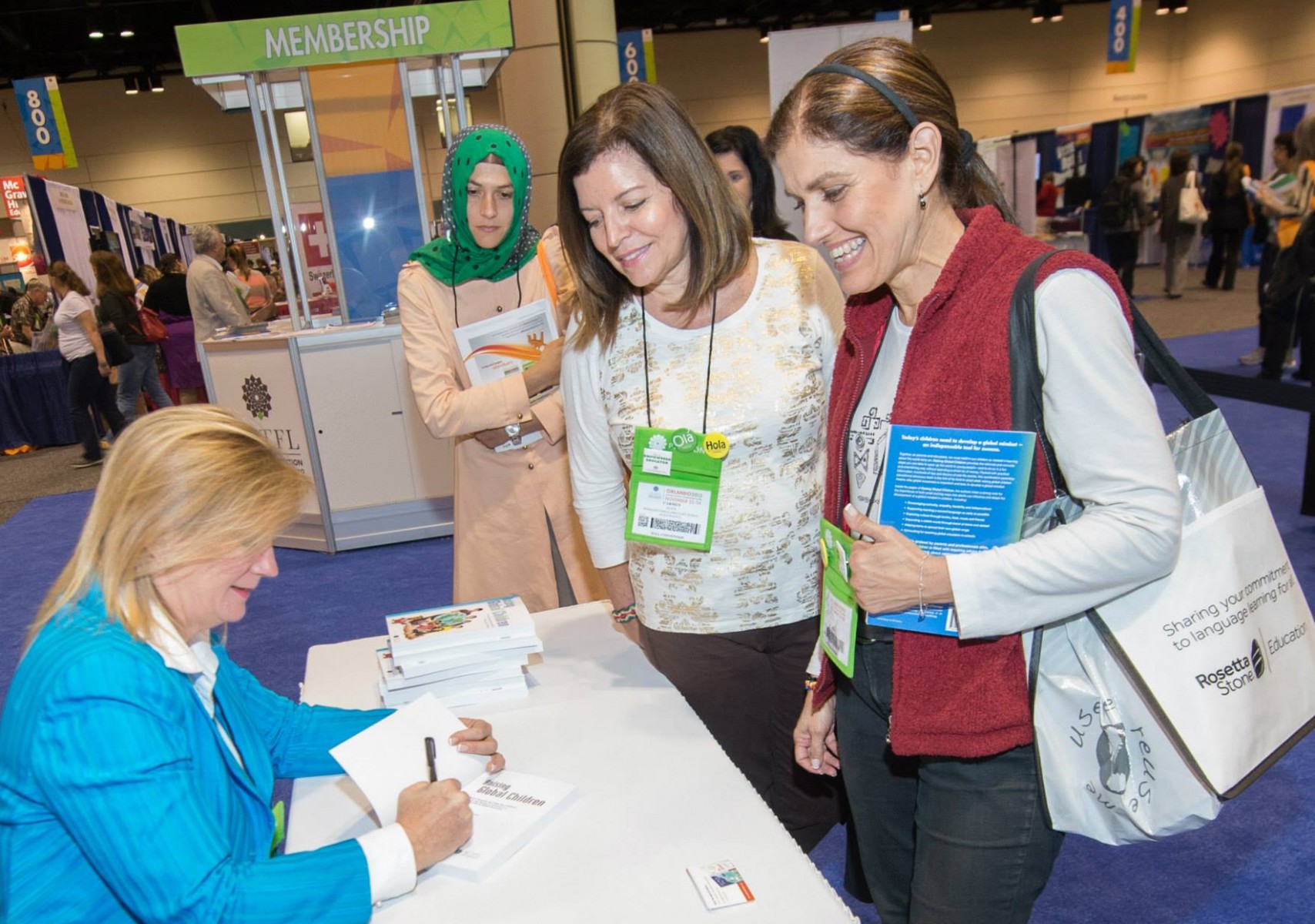 As I wandered around the massive Orange County Convention Center in Orlando recently, I knew I was in for a different kind of experience than I previously had attending business conferences. For starters, I was surrounded by people speaking French, Spanish, Italian, German, Russian, Chinese, Japanese and Arabic, among others. I have to admit, I love the sound of other languages. If I close my eyes, I can take myself back to a country I’d once visited and revel in my traveler’s memories. But being surrounded by so many fluent speakers in one place in the United States is a bit intimidating — not to mention unusual. I’m not a language teacher — and I don’t speak another language with any degree of proficiency — but I have great admiration for those who do.

I have even greater admiration for the educators with whom I was to spend the next three days. Almost 6,000 foreign language teachers and administrators descended on Orlando for the annual American Council on the Teaching of Foreign Languages (ACTFL) Convention. They were there to make connections, learn from each other, and pick up practical ideas and applications they could then bring back to their own classrooms. There were hundreds of sessions taking place over the course of three days covering topics such as using new technologies in the classroom, identifying innovative tools and philosophies to enhance teaching, and advocacy initiatives on both the state and national levels.

Advocacy was my reason for being at the convention. I was invited by ACTFL to lead a panel discussion on “Developing a Global Mindset in Children,” and I was joined by Dr. Liesl Riddle, Associate Dean for Graduate Programs, George Washington University School of Business; Steve Miranda, Managing Director, Cornell University Center for Advanced HR Studies, and Founder and Managing Director, Four Forces Consulting, LLC; and Angela Jackson, Founder and Executive Director of the Global Language Project. Our panel offered a strategic approach and practical perspectives on the value of raising global children as a means to ensure the next generation’s ability to succeed professionally in the global marketplace. Teachers — especially foreign languages teachers — are one of the best conduits to communicate the beauty of the world and the richness of other cultures to our children. They can also help parents understand the need for students to continue studying languages, and the value of their involvement both at home in encouraging students, and at the community and school levels by advocating for language learning.

“In our world today the ability to communicate in more than one language is an essential skill not only to be a productive member of the global economy, but also to be a collaborative citizen,” said Toni Theisen, ACTFL president.

Foreign language teachers are also a lot of fun. I’m not sure why I was surprised by the dancing, singing and colorful laughter floating in and out of meeting rooms and down the halls. Foreign language teachers live the beauty and color of other cultures every day in their jobs, in theory, but in practice of course every classroom has its “challenges”. But these teachers have “a second soul” as Charlemagne is reputed to have said, and they show it.

“The energy, enthusiasm and opportunities to network with people face-to-face re-energizes teachers who are excited to return to their classrooms and try new things,” said Rita Oleksak, Director of Foreign Language Learning and Early Language Learning for Glastonbury Public Schools in Connecticut, and who was awarded “Supervisor of the Year” at the convention. “Teachers return to their classrooms reaffirmed that they are doing the right thing to help students become global citizens.”

Foreign language teachers are often the unsung heroes in our schools. Many live under the constant threat of budget cuts, and they have to teach a subject that is not widely accepted as important. They are often challenged by people who don’t speak another language, yet want to know why their child isn’t “fluent” after a few years. But they persevere because they know that what they are doing can change a child’s life, which in turn can change the world. We need more foreign language learning in our schools, not less, so take the time to reach out and thank the foreign language teacher in your child’s life. And if you don’t have one — yet! — work with ACTFL and others in your community to get one. It will make a world of difference.

← Working Together to Raise Global Children
PISA Is a Wake-up Call but to Whom and For What? →